As I touched down in Dubai last week, a familiar feeling came over me, a feeling I’ve had many times upon returning to the UAE after a trip abroad. It’s a feeling of coming home, a feeling of pride at what my adopted country has achieved in such a short span of time.

The beginning of last year marked a minor milestone in my life: I’ve been living in the UAE for over a decade now. It’s been eleven years since I moved here; to a country that quickly became my second home.

Having spent my entire adult life in the UAE, I can say that on one hand, it feels like eleven years has passed by in the blink of an eye; I can distinctly remember wandering the streets of Dubai and Sharjah with nervous excitement and uncertainty at what lay ahead for me, but it also somehow feels as though I’ve been here much longer, like my life has been rooted here somehow, for years.

I owe so much to this country and to the people I have met here. At the risk of sounding clichéd, I feel like the UAE has changed me for the better: it has inspired me and re-energized me, and it’s helped me to uncover aspects of my personality that had long been buried by fear and self-doubt.

When I arrived in 2008, the Burj Khalifa was still a construction site that we looked at in awe and wonder from the campus of my school in the Safa area, Metro stations were sprouting in various locations giving Dubai a distinctly futuristic look and tenor and the only way to get to Sharjah on a Thursday evening was to brave three hours of traffic on the roads. Well, maybe not everything has changed.

In 2019, the UAE feels like a vibrant new destination that still retains its culture and heritage. This new avatar of the desert reimagined, provides a perfect metaphor for my life too. Change is constant, in cities, in countries and in individuals too. Evolution is inevitable and the UAE has certainly laid the foundation for evolution in all aspects; exponential technologies, architecture, sustainability, innovative practices (to name a few), placing the country in an enviable position on the world stage. One cannot expect to stay successful by working the same way. Life is about progress and keeping up with the rest of the world.

Like Columbus, Ibn Battuta or Marco Polo, I believe each of us came to this planet hardwired to explore, to push ourselves to our personal limits, to grow and to evolve – to discover new parts of ourselves and experience the world in ways we could not imagine before.

Over the years I have sat in cafes around the UAE, watching people go by, marveling at the infrastructure and ever-evolving skylines. I have learned so much about life, this country and myself by simply sitting behind my cappuccino and watching the UAE transform. In many ways, these structural changes also reflect a changed reality: here is a country incredibly proud of its rich history but choosing to be defined less by the past and more by its promising future. From sandy stretches and dunes to a Middle Eastern Shang-ri-la, the UAE has undergone such a transformation and I cannot help but marvel at how much I have changed along with it.

The sky really is the limit here in the UAE, for the country as well as for the people who call it home.

View all posts by sydneydxb 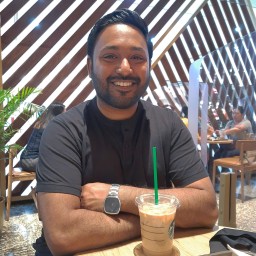